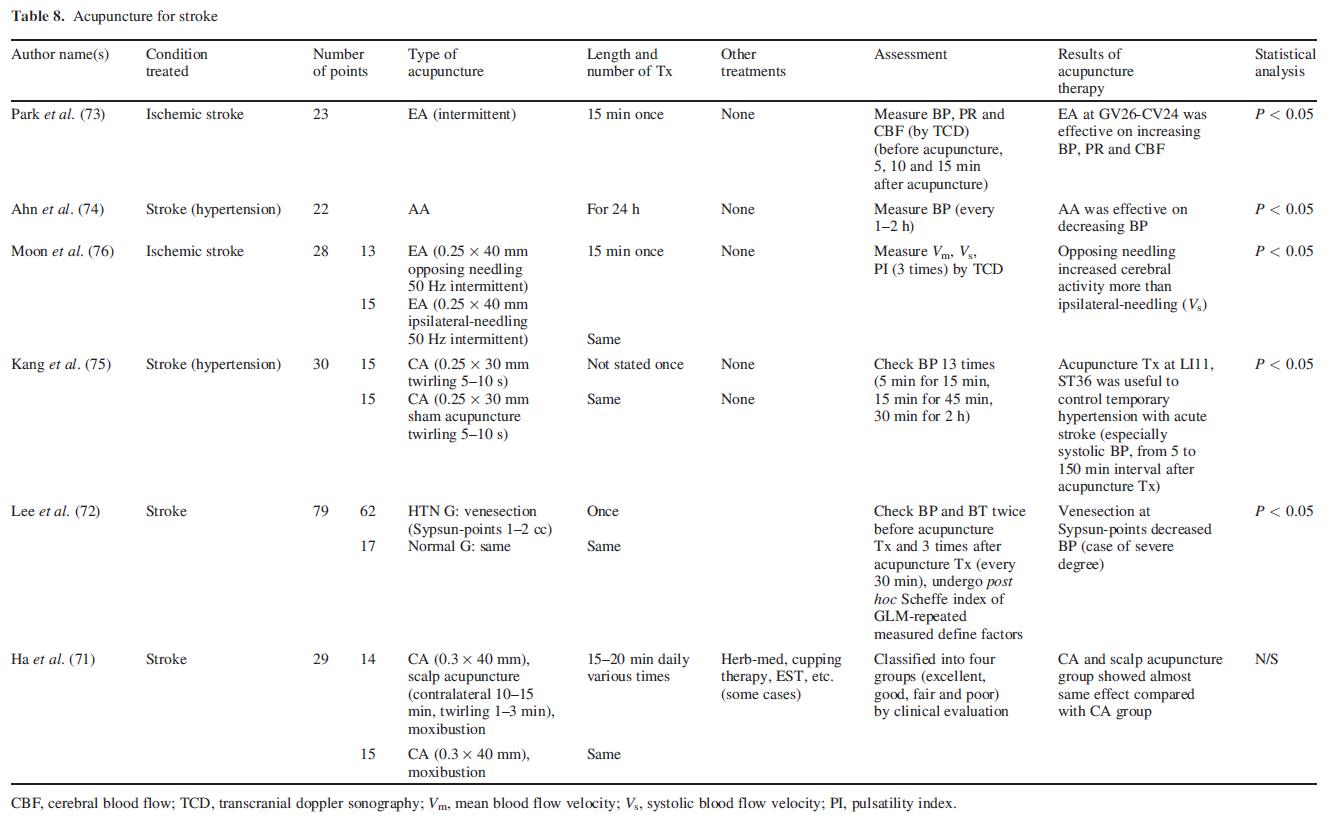 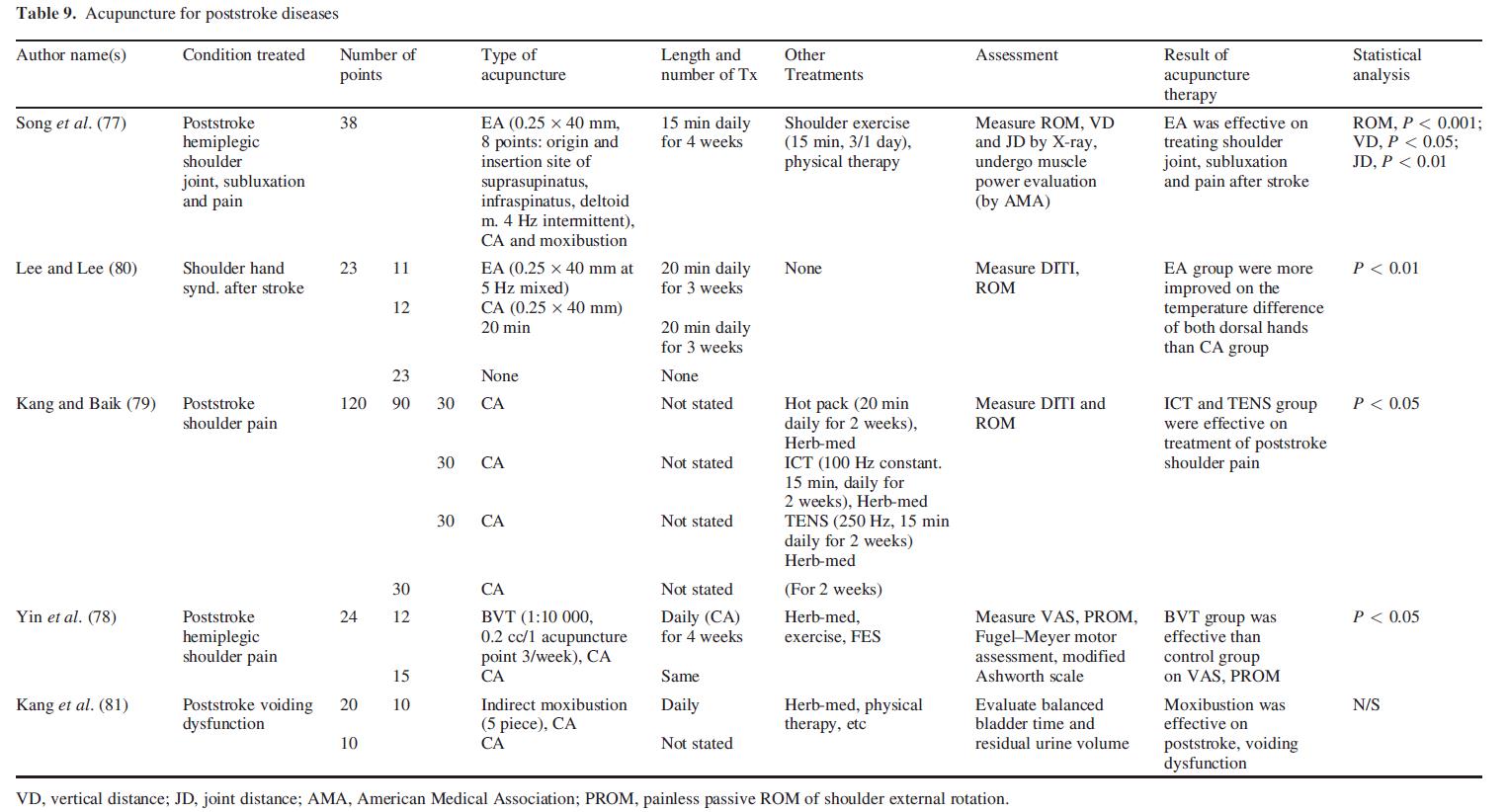 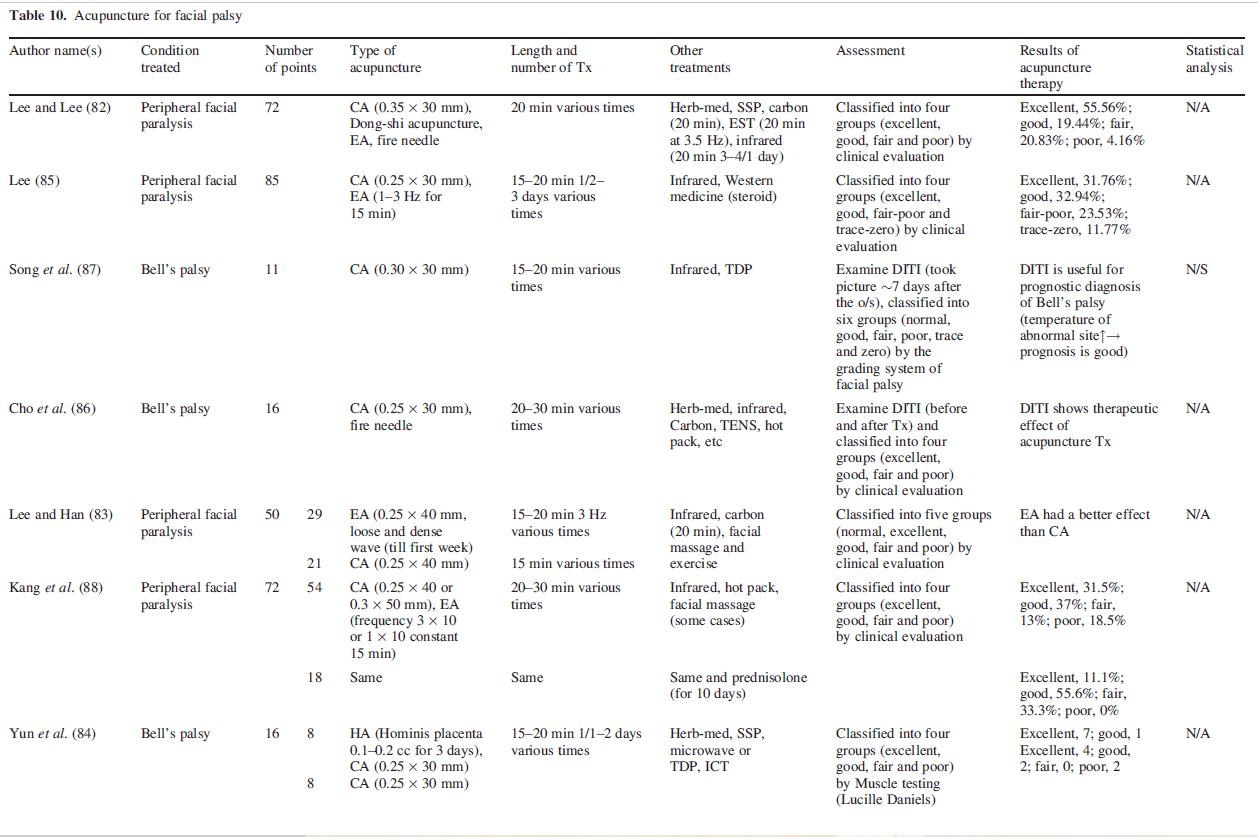 Acupuncture for Other Conditions

Acupuncture and venesection were useful in treating 22 patients who suffered from acute infectious conjunctivitis (91). Kim and Chae (92) reported 32 patients with cataract or glaucoma who were treated by Oriental medicine and acupuncture. The therapeutic effect of acupuncture and moxibustion on the sight of near-sighted patients was also reported (93,94). Clinical studies were carried out to demonstrate the effect of Oriental medicine and acupuncture on amblyopia (95) (Table 11).

Acupuncture was effective in the treatment of allergic rhinitis in 30 patients (96). Nasal acupuncture therapy was investigated
to treat the chronic paranasal sinusitis and nasal obstruction (97,98) (Table 12).

Clinical studies were carried out to investigate acupuncture, moxibustion and venesection for tinnitus (99,100). It was reported that acupuncture at TE5, GI41, TE6 SI5, GI38, KI2 and venesection improved symptoms of patients with otitis media with effusion (101) (Table 13).

Auricular acupuncture on sympathetic, stomach, shenmen and occiput points for postoperative nausea and vomiting in 100 female patients undergoing transabdominal hysterectomy. It was demonstrated that electric acupuncture at PC6 and PC7 was very effective in preventing nausea, retching and vomiting (118) (Table 18).

Moxibustion could have an effect on peripheral circulation (121). Ahn et al. (122) examined the temperature change of external genitalia in patients with impotence after herbal medicine and acupuncture treatment. Auricular acupuncture altered hormone and energy metabolism during weight control of athletes (123) (Table 20).

Whole is Greater Than Sum of Its Parts

The Practice of Korean Medicine: An Overview of Clinical Trials in...