The personalized medicine for effective and safe treatment has long been of interest since Hippocrates and Galen of the West and Yellow Emperor and Ayurveda of the East and was encouraged with the recent Human Genome Project.1–3 The Sasang typology is a traditional Korean personalized medicine systematically theorized by Jema Lee (1837–1900) and his book Longevity and Life Preservation in Eastern Medicine (1894, 1900) ased on Confucius understandings on human nature and thousands years of clinical experiences in Korea.2–5
The Sasang typology divides people into four Sasang types, Tae-Yang, So-Yang, Tae-Eum, and So-Eum, with type-speciﬁc psy-chobiological traits2,6 and pathophysiological symptoms.7,8 The Sasang type-speciﬁc treatments with medical herbs9 and acupuncture could be applied considering one’s Sasang type in combination with cold–hot subgroup and severity of the illness (Table 1). 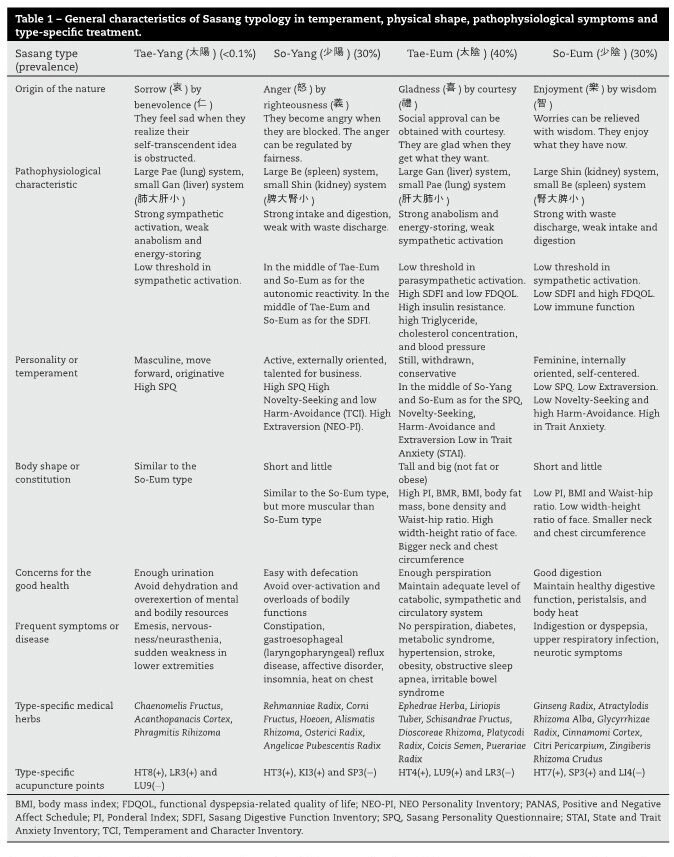 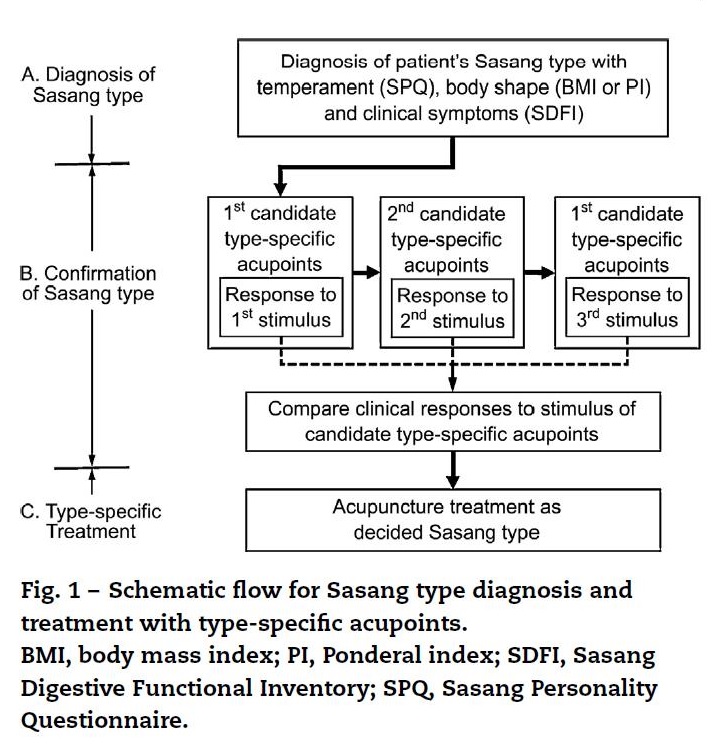 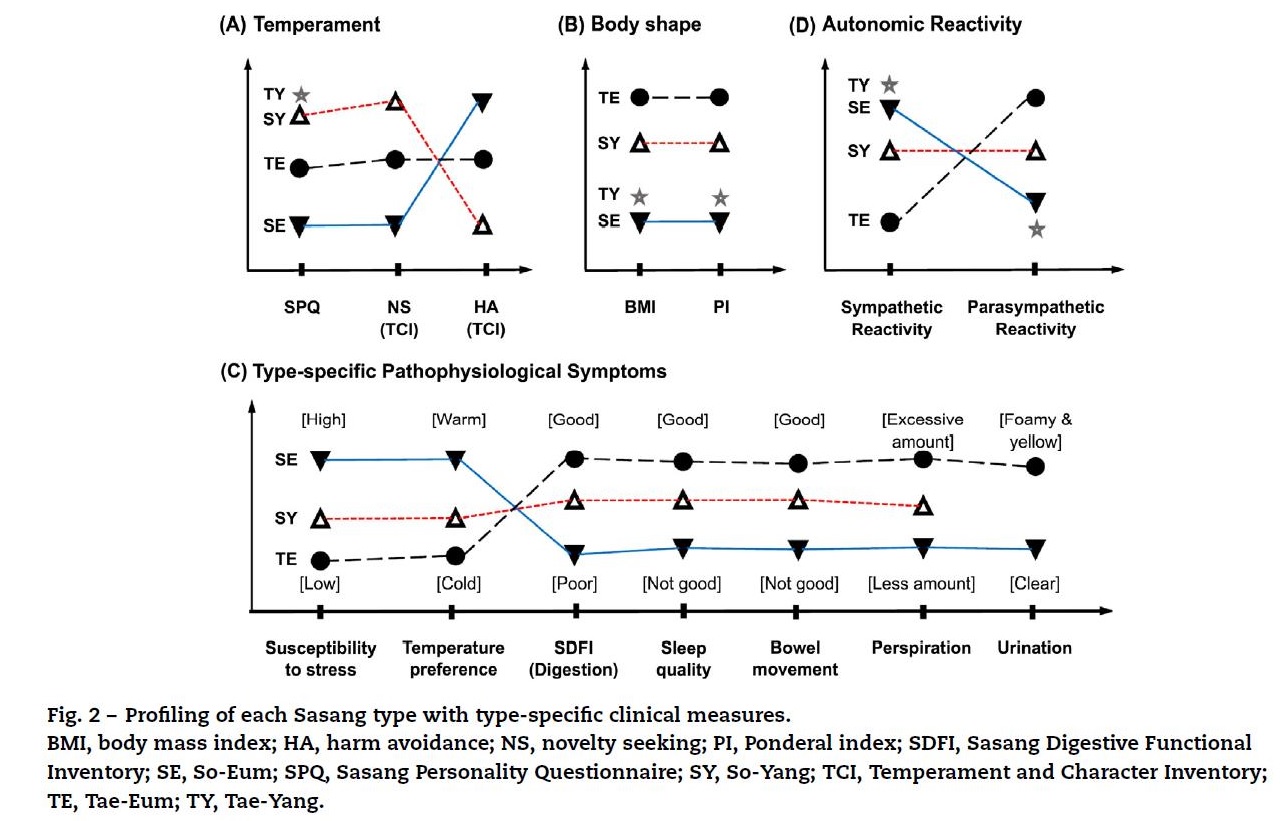 Though TGA was not suggested in Jema Lee’s original book, it was systematized by the clinical specialist of acupuncture, and its clinical efﬁcacy on chronic pains in multiple sites and psychosomatic complaints were supported with retrospec-tive studies.18,20–22 TGA was reported to be useful for instant conﬁrmation of Sasang type differentiation with simple test; however, it was out of reach for the foreign clinicians until now since up-to-date reports on Sasang type differentiation2,6–8,23 have not been supplemented with detailed clinical procedures of TGA.
This study would provide clinical procedures of acupunc-ture treatment with Sasang typology (Fig. 1) along with general features of each Sasang type for diagnosis (Table 1; Fig. 2), Sasang type-speciﬁc acupuncture points (Table 1), and methods for examining clinical response to TGA (Fig. 3). It would provide a gateway for Sasang type-speciﬁc acupunc-ture treatment and more structured clinical research on its effectiveness.24

A Case of Acupuncture Treatment For Cerebral Infarction Patient

The effectiveness and safety of cupping therapy for stroke survivors: A...